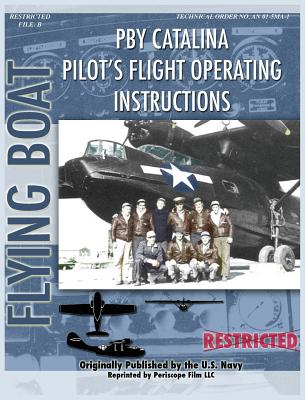 By  United States Navy , Consolidated Aircraft
Hardcover
$ 24.95
Out of Stock In Store (Available to Order)

One of the most widely-used multi-role Allied aircraft of WWII, Consolidated's PBY Catalina was a flying boat to be reckoned with. They were used as anti- submarine warfare platforms in the Atlantic, and gained notoriety in the Pacific as rescue and reconnaissance platforms, and as bombers. With their distinctive fuselages painted the shade of midnight, the ""Black Cats"" undertook daring raids of Japanese shipping and shore installations. Originally printed by the U.S. Navy during World War 2, this flight handbook taught pilots everything they needed to know before entering the cockpit. Classified ""Restricted"", the manual was recently declassified and is here reprinted in book form. This affordable facsimile has been slightly reformatted. Care has been taken to preserve the integrity of the text.