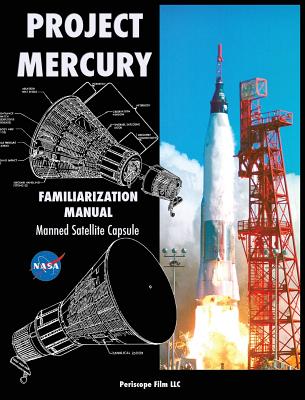 On October 4, 1957 at 10:28 Moscow time, a rocket carrying the world's first orbiting satellite roared into space, signaling a new era in human history and the beginning of the so-called ""space race"" - an epic rivalry pitting the technological know-how of the Soviet Union against that of the United States. Despite some highly publicized failures, the USA managed to answer the Russians with the successful launch of Explorer 1 in January of 1958. The next major milestone would be to put a human into orbit, a goal that defined the USA's Project Mercury. After a long series of test launches including a sub-orbital flight with the chimp Ham on board, Mercury astronaut Alan Shepard became the first American in space. On May 5, 1961 Shepard rode a Redstone rocket into space for a sub-orbital flight that lasted under 16 minutes. Nine months later, John Glenn's Friendship 7 capsule was launched into space atop an Atlas booster, and Glenn became the first American to orbit the earth. Glenn remained in space for nearly five hours and circled the planet three times. While these flights represented enormous achievements neither was an outright space race victory: cosmonaut Yuri Gagarin's orbital flight of April 12, 1961 earned him the title of first man in space, and first man to orbit the Earth. Designed by brilliant engineer Max Faget and a team at NASA, the Mercury space capsule represented an entirely new class of vehicle. Just large enough for a single astronaut, the joke about the cramped capsule was that it was ""worn, not ridden"". Despite reports otherwise, the capsule could be and was flown by astronauts who had attitude control thrusters at their disposal and a window for viewing. The capsule also boasted manual re-entry controls. Created by NASA and contractor McDonnell Aircraft, this Familiarization Manual explains all the systems aboard the Mercury space capsule including cabin controls, environmental and stabilization controls and systems, launch and re-entry sequence procedures, and navigation and communications equipment and procedures. Dating from June of 1962, it represents a late revision of documents created at the beginning of the Mercury program. Originally restricted, this manual has been declassified and is presented in its entirety, running nearly 400 pages.