Jack in a Box 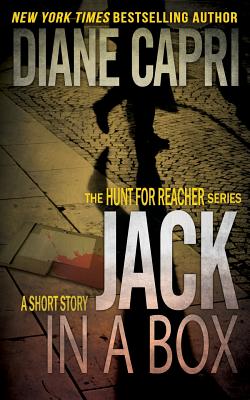 Jack in a Box

New York Times, USA Today and #1 Amazon Bestselling Author Diane Capri's work is "Full of thrills and tension, but smart and human, too," says #1 worldwide publishing phenomenon Lee Child. Margaret Maron, Edgar, Anthony, Agatha and Macavity Award-winning MWA Past President and Grand Master, says: "Expertise shines on every page." And Library Journal raves: .."..offers tense legal drama with courtroom overtones, twisty plots, and loads of atmosphere. Recommended." Diane Capri is Licensed to Thrill, and thrill she does. Diane's Hunt for Jack Reacher series began with Don't Know Jack and continues thrilling readers around the world. All of Diane's books have garnered #1Bestseller spots on Mystery, Hard-boiled Mystery, Police Procedural, Women Sleuths, and Legal Thriller lists. Diane's Bestselling Hunt for Justice Series are world-wide reader favorites and garnered the coveted "Top Pick" from Romantic Times Magazine as well. Diane is the past Executive Vice President of International Thriller Writers, past member of the Board of the Florida Chapter of Mystery Writers of America, and active in Sisters in Crime and other writing organizations. She comes to writing after a successful legal career and is married to her college sweetheart. She loves her snowbird existence preferring perpetual summer migrating from Florida to Michigan each year. Diane says she writes mystery, thriller and suspense for the same reason she reads: for fun, excitement, to find out what happens, why people do what they do, and how to bring justice to an unjust world. Her books are translated in twenty territories. Diane loves to hear from readers. Contact her at http: //dianecapri.com/contact/ to receive notice of new releases, subscribe to Diane's blog, or simply connect with her.