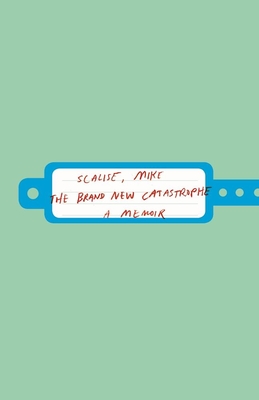 By  Mike Scalise
Paperback
$ 15.95
Out of Stock In Store (Available to Order)

Winner of the Center for Fiction's Doheny Prize His way is with humor, optimism, courage and probing introspection, the very characteristics -- combined with crisp prose and a rare and innately interesting medical condition -- that make this a winning literary debut. --The New York Times Book Review

Raucous family memoir meets medical adventure in this heartfelt, hilarious book exploring the public and private theaters of illness. After a tumor bursts in Mike Scalise's brain, leaving him with a hole in the head and malfunctioning hormones, he must navigate a new, alien world of illness maintenance. His mother, who has a chronic heart condition and a flair for drama, becomes a complicated model as she competes with him for the status of best sick person. The Brand New Catastrophe is a moving, funny exploration of how we define ourselves by the stories we choose to tell.

Mike Scalise's work has appeared in The New York Times, The Wall Street Journal, Agni, Indiewire, The Paris Review Daily, and elsewhere. He has received fellowships and scholarships from Bread Loaf, Yaddo, the Ucross Foundation, and was the Philip Roth Writer in Residence at Bucknell University. He lives in Brooklyn, New York.

Mike Scalise s work has appeared in "Agni, Indiewire, Ninth Letter, The Paris Review, Wall Street Journal," and other places. He s an 826DC advisory board member, has received fellowships and scholarships from Bread Loaf, Yaddo, and the Ucross Foundation, and was the Philip Roth Writer in Residence at Bucknell University. His memoir, "The Brand New Catastrophe," was the recipient of The Center for Fiction's 2014 Christopher Doheny Award."