Forest for the Tweets: A Year Working Inside Twitter 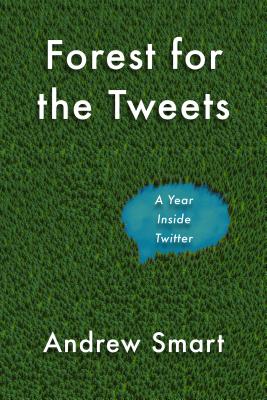 Forest for the Tweets: A Year Working Inside Twitter

A former Twitter employee gives his take on life inside the "forest of tweets"--and his personal view on the battle to stop the spread of vicious untruths propagated by anyone who can wield a cell phone.

Shortly before the November 2016 election, Andrew Smart started working in Twitter's user research group, working on a project to "better understand misinformation on the platform." On election night 2016, together with his colleagues, Smart gathered in the "lodge" - a coffee break area made to look like a ski-lodge/dorm room with a full-on espresso bar. Smart had a sense of foreboding he could not shake. Around him, people were laughing and joking, but as the reality of Trump's victory became apparent, the mood shifted.

This book gives a unique sense of life inside Twitter, and why it is so difficult to fight misinformation online. Forest for the Tweets: A Year Inside Twitter goes deep into the psychology of why we believe what we believe; why it's so easy to trick people; and how notions of "the truth" and objectivity function in society, how social media has altered our minds, political polarization, massive inequality, and the fragmentation of the United States, the role of enormous centralized power in Facebook and Google, Twitter and journalism and bias. It combines Smart's insider experience at Twitter with a comprehensive review of existing research on this topic.

ANDREW SMART is the author of Autopilot: The Art and Science of Doing Nothing and Beyond Zero and One. He is a scientist and engineer interested in consciousness, brains, and technology, and his work traverses the boundaries of neuroscience, philosophy, culture, radical politics, and metaphysics. He was raised in the United States, educated and married in Sweden, lived in New York, Minneapolis, and Switzerland, and now lives in San Francisco.