Something Extraordinary: A Short History of the Manhattan Project, Hanford, and the B Reactor 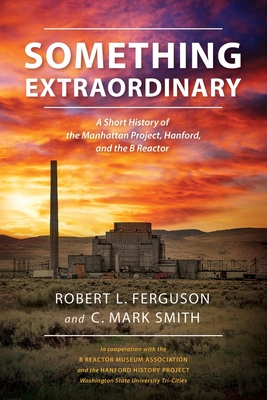 Something Extraordinary: A Short History of the Manhattan Project, Hanford, and the B Reactor

Finally, a concise but comprehensive narrative of the geopolitics and atomic research that led to the creation of the Manhattan Project--the American effort to develop and deploy the atomic bomb during World War II. Written by two award-winning authors who together have more than a century of direct experience with the subject, this book is unlike any other. A key component of the Manhattan Project was the development of the massive Hanford Site where the plutonium used in America's atomic bombs was produced. The book celebrates the 75th anniversary of the date in 1944 when the first production reactor, the B Reactor, went critical and the plutonium it produced helped win the war. The year 2019 is also the 35th anniversary of the startup of WNP-2, now the Columbia Generating Station, the only nuclear power reactor to be built by the Washington Public Power Supply System. Also, this year is the 30th anniversary of the signing of the Tri- Party Agreement, which governs the cleanup of the Hanford Site. Hanford and the B Reactor played an important role in the Cold War and in the growth and subsequent economic fortunes of the nearby Tri-Cities communities whose economies were directly affected by events at Hanford. When the plutonium production reactors and chemical separation facilities were deactivated, the community sought to find new missions and uses for the Hanford Site. By the 1980s, it was clear that Hanford's mission had finally changed from production to cleanup, ushering in a whole new set of challenges and opportunities that continue to this day. It's all here, from the history of atomic research to the continuing efforts to clean up the Hanford Site. Written for non-technical readers who may be first-time visitors to the Tri-Cities or the B Reactor--now part of the Manhattan Project National Historic Park-- or for those who have lived and worked around the Hanford Site and may want a brief and easy-to-read history of their community.