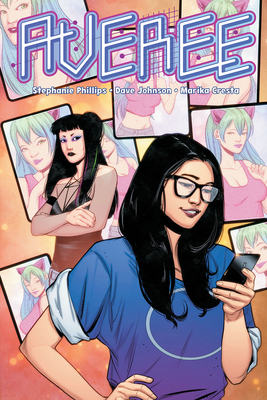 A world where social rank rules and your status sets your inevitable course in life - sound familiar? Just imagine if it was all controlled by an app In Averee's world, the usual trials of making your way into adulthood come with the added stress of Ranked, a ubiquitous and all-knowing tech innovation that awards you points for socially acceptable behavior and takes them away when you don't conform. It seems fun enough at first, but it becomes much more than a game when Averee's rank suddenly drops overnight. Now she's getting hassled at school, blocked from her favorite restaurants, and her mom is out of a job.

Luckily for our hero, she has Zoe - a bottom-ranked BFF - whose open disdain for all things Ranked makes her the perfect accomplice on what's about to be the heist of the century: they're staging a raid on the app's corporate HQ to set things right and its spokesperson, the virtual popstar Pretty Kitty, is in their sights. With Averee's crush Luke in tow, these friends are in way over their heads and they're about to learn that the "right" they're fighting for may be on a global scale. AVEREE is one average girl's mission through a world of near-future tech to take back control of her life, in a fun philosophical adventure