These Chains Will Be Broken: Palestinian Stories of Struggle and Defiance in Israeli Prisons 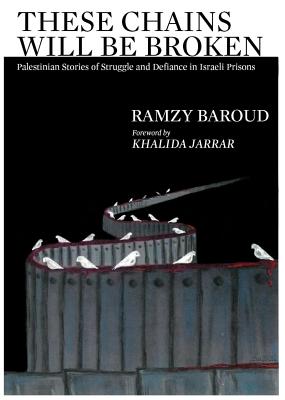 These Chains Will Be Broken: Palestinian Stories of Struggle and Defiance in Israeli Prisons

By  Ramzy Baroud , Foreword by  Khalida Jarrar , With  Richard Falk
$ 24.95
Out of Stock In Store (Available to Order)

Hundreds of thousands of Palestinians have experienced life in Israel's prisons since 1967, as did many more in previous decades during the course of the ongoing Israeli military occupation. Yet rarely has the story of their experiences in Israeli jails been told by the prisoners themselves. Typically the Western media portrays them as 'terrorists' while well-meaning third-party human rights advocates paint them as hapless victims. They are neither. This book permits the reader to access the reality of Palestinian imprisonment as told by Palestinian prisoners themselves -- stories of appalling suffering and determination to reclaim their freedom.

The stories in this book are not meant to serve as an account of Israeli torture methods. Instead, each story highlights a distinct experience -- each so personal, so profound -- in order to underline the humanity of those who are constantly dehumanized by Israeli hasbara and the mainstream corporate media's biased accounts.. While highlighting Israel's brutality, readers come to grips with the resilience and grit of Palestinians and their ability to rise above Israel's cruelty and be emblems of power for their people.

Palestinian prisoners are an essential element in the collective resistance against Israeli colonialism, apartheid and military occupation. Rather than being viewed as unfortunate victims, their steadfastness exemplifies the ongoing fight of the Palestinian people as a whole. Despite Palestinian factionalism and lack of a unified political movement, Palestinian prisoners held in Israeli prisons serve as one of the remaining platforms for unity. Regardless of affiliation, they are treated by their captors in the same debasing manner, often in total disregard for human rights conventions. These heroes of resistance, as viewed by Palestinians, often transcend factional divides. Despite numerous obstacles, they resist their jailers as a collective, enduring their pain and fostering their will together.

In reality, all Palestinians living under Israeli occupation and siege are also prisoners. The Gaza Strip is often referred to as the "world's largest open-air prison." It is in this context that this book becomes an essential read.