Inside Passage: A Memoir 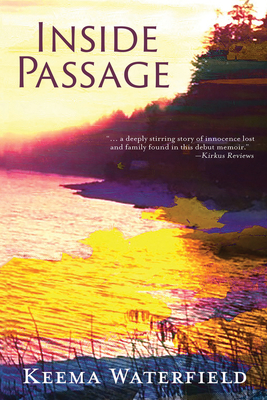 Inside Passage: A Memoir

A mother-daughter love story of resilience and hope against the odds Keema Waterfield grew up chasing music with her twenty-year-old mother on the Alaskan folk festival circuit, two small siblings in tow. Summers they traveled by ferry and car, sharing the family tent with a guitar, cello, and fiddle. Adrift with a revolving cast of musicians, drunks, stepdads, and one man with a gun, Keema yearned for a place to call home. Preferably with heat and flushing toilets. Trying to understand the absence of her pot-dealing father, she is drawn deeper into her mother's past instead.

Keema Waterfield was born in a trailer in Anchorage, Alaska the year John Lennon was shot, smallpox was officially eradicated, and the first Iran-Iraq War began. Her award-winning essays have appeared in Brevity, Pithead Chapel, and Redivider, among others. She received her MFA in Creative Nonfiction from the University of Montana. She now resides in Missoula, Montana, where she plays music for kicks and occasionally moonlights as a standup comic. She lives with her husband, two children, a bunch of extra instruments she doesn’t know how to play, and a revolving cast of quirky animals. She lives and writes on Séliš and Qlispé land. Follow her on Twitter @keemasaurusrex.