We Are Bridges: A Memoir 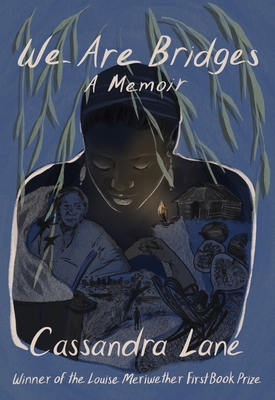 We Are Bridges: A Memoir

By  Cassandra Lane
Paperback
$ 17.95
Out of Stock In Store (Available to Order)

A lyrical memoir reconstructing the lost history of a Black American family.

When Cassandra Lane finds herself pregnant at thirty-five, the knowledge sends her on a poignant exploration of memory to prepare for her entry into motherhood. She moves between the twentieth-century rural South and present-day Los Angeles, reimagining the intimate life of her great-grandparents Mary Magdalene Magee and Burt Bridges, and Burt's lynching at the hands of vengeful white men in his southern town.

We Are Bridges turns to creative nonfiction to reclaim a family history from violent erasure so that a mother can gift her child with an ancestral blueprint for their future. Haunting and poetic, this debut traces the strange fruit borne from the roots of personal loss in one Black family--and considers how to take back one's American story.

"We Are Bridges makes a stunning contribution to what must become our collective memory." --NPR

Cassandra Lane is a writer and editor based in Los Angeles. Lane received her MFA from Antioch University LA. Her stories have appeared in the New York Times's Conception series, the Times-Picayune, the Atlanta Journal Constitution, and elsewhere. She is managing editor of L.A. Parent magazine and formerly served on the board of the AROHO Foundation.