A Postcard for Annie 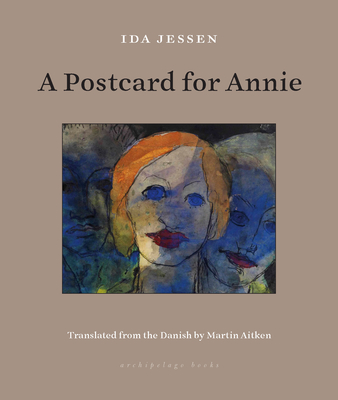 A Postcard for Annie

Ida Jessen follows the inner lives of several women on the brink, or the sidelines, of catastrophe in this prize-winning collection of stories

Written with the same narrative generosity, the same belief in the dignity and voice of her characters as Marilynne Robinson

From the winner of the Lifetime Award from the Danish Arts Foundation and the 2017 Critics’ Choice Award, Ida Jessen’s A Postcard for Annie traces the tangled emotional lives of women facing moral dilemmas.

A young woman witnesses a terrible accident with unexpected consequences, a mother sits with her unconscious son in a hospital room, a pair of sisters remember their mother’s hands braiding their hair.

In seaside tourist villages and in snowy cities, turbulence destabilizes composed lives, whether through outright violence between strangers or habitual domination between loved ones.

Jessen fills each story with bracing passages that teem with the living world, only to become concentrated in the unfixed, vacillating matter of a human psyche caught between silence and speech, paralysis and action.

IDA JESSEN made her literary debut in 1989 with the collection of short stories Under sten (Under Stones). Her fiction and children’s books have won an array of awards, including The Egholt Prize, The Albert Dam Grant, The Jytte Borberg Prize, and Danish Booksellers’ Golden Laurels. In 2016, En ny tid (A Change of Time) won the Blixen Award as well as the Danish Broadcasting Corporation’s Best Novel Award.

MARTIN AITKEN is the translator of numerous novels from Danish and Norwegian, including works by Karl Ove Knausgaard, Peter Høeg, Kim Leine, Hanne Ørstavik, and Josefine Klougart. His translations of short stories and poetry have appeared in many literary journals and magazines. In 2012, he was awarded the American-Scandinavian Foundation’s Nadia Christensen Translation Prize.