Beneath: A Secret Society 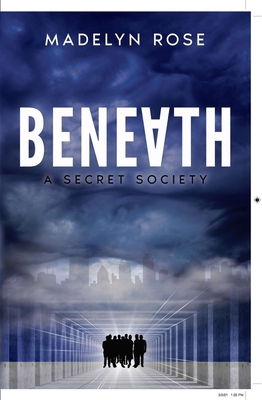 Beneath: A Secret Society

In the Fortress, an underground society unmarred by the Government's clutches, there is a rule that looms over everyone's heads like a dark cloud: You join...or you die. There is no in-between. When Rosabella Porter and Sola Gil discover the underground society, where life is abundant—and in many varying forms—the two women make the most logical decision to stay alive. They join. Rosabella doesn't expect to fall in love. The freedom and independence the Fortress provides her are like a dream. One man, Clayton Taylor, the ignorant, conceited man that she simply can't stand, has no problem snapping her out of her dream-like state. He and Rosabella don't always agree; what right does he have to treat others with such disrespect? How could her best friend, Aire Gil, like him? Their thoughtful leader, Bernard, does his best to keep the peace, but when relationships crumble, and the pressures of the outside world come rushing in, will he be able to maintain order within the society he helped to build and swore to protect?

Madelyn Rose Glosny was born to her spunky and supportive parents in Green Bay, WI. She has a younger brother whom she adores, and she constantly attends his various sports games. Madelyn can be seen spending time with her extended family as much as possible—though it doesn't feel like nearly enough! She wishes she could see them every day! She has always been a bookworm—so much so that she used to get in trouble for hiding books under the table and reading during family dinners.