The Promise of a Normal Life: A Novel 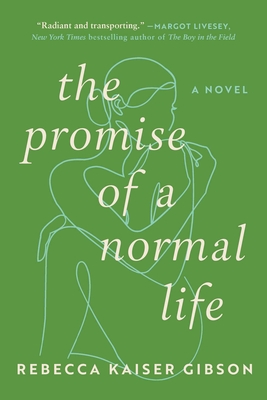 The Promise of a Normal Life: A Novel

For readers of Marilynne Robinson, Elizabeth Strout, and Katie Kitamura, the indelible journey of a quiet young woman—the “silent person”—finding her way.

Hailed as “radiant and transporting” (Margot Livesey), The Promise of a Normal Life is a poet’s debut novel, so evocative of life as lived that it transports you to a time and place you can practically see, touch, and feel. The unnamed narrator is a fiercely observant, introverted Jewish-American girl who seems to exist in a private and separate realm. She's the child of a first-generation doctor and lawyer—whose own stories have the loud grandeur of family legend—in an America where Jews are excluded from the country club across the street. Her expectations for adulthood are often contradictory. In the changing landscape of the 1960s, she attempts to find her way through the rituals of life, her geography expanding across the country, across the ocean, and into multiple nations.

Along the way, she meets a glamorous hairdresser on a cruise ship to Israel, loopy tarot-card-reading passengers, and Alice-in-Wonderland lawyers in Haifa. There’s a blue-eyed all-American college boyfriend, a mystified tourist agent in the Lofoten Islands, a handsome eligible rabbi in LA, a righteous and self-absorbed MIT professor, and a clandestine, calculating lover in Boston. Eventually, she finds her own compass, but only after being swept to several distant shores by many winds.

Rebecca Kaiser Gibson is the author of the poetry collections Girl as Birch and Opinel. Her short work has appeared in Slate, Agni, the Los Angeles Review of Books, Northwest Review, the Massachusetts Review, Tupelo Quarterly, Harvard Review, Green Mountain Review, Pleiades, and many other magazines. She taught creative writing at Tufts University in the Boston area for twenty-three years and has received writing fellowships from MacDowell, Vermont Studio Center, the Virginia Center for Creative Arts, and the Massachusetts Cultural Council. She lives in Marlborough, NH.