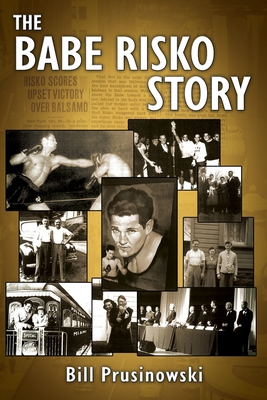 This work is a memoir about two brothers, sons of first wave Polish immigrants and their dealings with the professional boxing industry and its machinations with the American underworld of the 1930s. Babe Risko (Henry Pelkowski) would go on to win the Middleweight Championship of the World. Brother Vince was his "acting" manager, being at odds more than not with the "Czar" of boxing Frankie Carbo and his mobster minions. Babe's achievement in the ring and continued life in Syracuse, New York was a one and only occurrence for this city and its reputation as an avid sports town. After his untimely death, Risko slowly faded from memory of the local populace. This book told from the point of view of Babe Risko's nephew and godson paints a brief local view taken in the throes of the depression, mass immigration, impending world war, prohibition, and the faiths, secular and non, that drove the culture and commerce of the time. Because of the gap in time periods, much of the research had to do with the passed down oral traditions of families and associations. Consequently, the author takes liberties in embellishments, speculations, and even some fabrication, but always within the realm of plausibility. And humor. Former local sports editor Bob Snyder has said that the central New York area can now... "boast of three Boxing world champions, Basilio, Backus and the Babe.