The World Is Not The Way You Think It Is 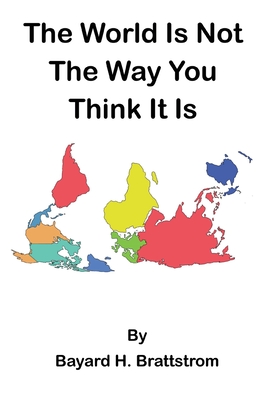 The World Is Not The Way You Think It Is

We want the world to be and feel like ourselves. We believe in those things that are like us and reject everything else. But there are a lot of groups of "us" who believe in other things. So, the world is not like you WANT it to be. It is not even like you THINK it is. We have to grasp what the real world is like, if we are collectively going to survive on earth by solving problems of overpopulation, such as: Poverty, Pandemics, Climate Change. This book contains a series of number-facts of serious and sometimes funny ways about how the world really is. For example: 100 people in the U.S. die from lightening strikes each year; While in 2000-2010 time period, 33 people were killed by cows and 15 by sharks; 36 of U.S. nuclear power plants have flood safety problems like those that faced Fukushima, Japan; 50% of all teenage drivers will get into accidents before they leave high school; 3 million American students, mostly poor, do not have internet service in their homes; 3.6% of the continuous U.S. state's land is in cities, but 80% of Americans live in those cities; 100 million donuts were sold in the U.S. in 2017; 20 billion chickens live on earth; 7.3 billion people do; 1 copy of Beatrix Potter's book, "Peter Rabbit: is sold somewhere around the world every second; 1000 California Condor chicks have been hatched in captivity; 800 have been released into the wild.