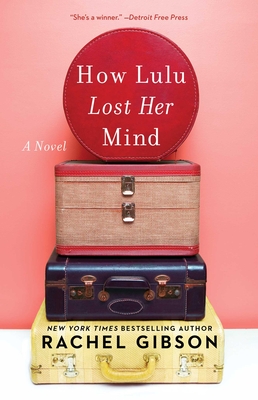 By  Rachel Gibson
Paperback
$ 16.00
Out of Stock In Store (Click to Order)

Lou Ann Hunter’s mother has always had a passionate nature, which explains why she’s been married five times and spooned enough male patients to be ousted from three elderly care facilities. She also has Alzheimer’s, which is why she wants to spend the rest of her life surrounded by childhood memories at Sutton Hall, her family’s decrepit plantation home in Louisiana.

Lou Ann, a.k.a. Lulu the Love Guru, has built an empire preaching sex, love, and relationship advice to the women of America—mostly by defying the example her mother has set for her. But with her mom suddenly in need of a fulltime caretaker, Lou Ann reluctantly agrees to step out of the spotlight and indulge her mother’s wishes.

Upon her arrival at Sutton Hall, Lou Ann discovers that very little functions as it should—least of all her mother’s mind. And as she adjusts to this new and inevitably temporary dynamic with the help of a local handyman and a live-in nurse, she is forced to confront the reality that neither her nor her mother’s future is going according to plan.

“Fans of Sophie Kinsella and Jane Graves will love Rachel Gibson’s How Lulu Lost Her Mind, an endearing, funny, and heart-tugging story from the first page to the last” (Karen Hawkins, New York Times bestselling author).

Rachel Gibson is a New York Times and USA TODAY bestselling author of over twenty-five novels, including The Art of Running in Heels, Just Kiss Me, and How Lulu Lost Her Mind. She has received the RITA Award, the Golden Heart, the National Readers’ Choice Award, and more.