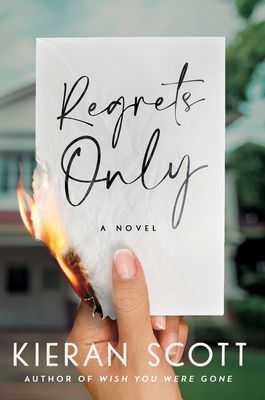 By  Kieran Scott
Hardcover
$ 27.99
Likely On Our Shelves

In a fast-paced new novel in the vein of Big Little Lies, a single mom goes undercover to investigate a host of disturbing secrets held by the leaders of a local suburban parent-school association, including embezzlement, bribery, adultery, and murder—by the bestselling author of Wish You Were Gone.

Paige Lancaster, single mom and prodigal daughter, has returned to the East Coast from her prestigious, well-paid job in Los Angeles, writing for the smartest detective series on television. Something terrible happened to her back in Hollywood. Okay, two terrible things, one featuring a misplaced tire iron—and now she’s broke, homeless, and living with her widowed mother and eight-year-old daughter, Izzy, in her Connecticut hometown.

Paige needs to buckle down and find a new writing gig but first, she meets the movers and shakers of Izzy’s school’s Parent Booster Association, run by the intimidatingly gorgeous Ainsley Anderson, who just happens to be married to Paige’s old high school flame, John.

Then she shows up at the annual Parents and Pinot fundraiser, held at Ainsley and John’s dazzling mansion in the toniest part of town, where she’s caught in a compromising position with John, accidentally destroys the guest bathroom, overhears an incriminating conversation, and discovers that her purse has gone missing. And later that night, Ainsley turns up dead at the bottom of her own driveway.

Did she fall? Or was she pushed?

Paige may have only written about detectives, but she is convinced she can handle a little undercover sleuthing. After all, it’ll give her an excuse to spend more time with John. Still, she can’t help but wonder: could he be capable of murder? Or could one of the PBA members have planned a dastardly crime to reach the top? But the most important question of all: will Paige ever get her life back on track?

Kieran Scott has written more than fifty novels for children and teens, eight of which (under the pseudonym Kate Brian) have been New York Times bestsellers. She is the editorial director of a children’s imprint, and lives with her family in New Jersey. She is also the author of Regrets Only and Wish You Were Gone.