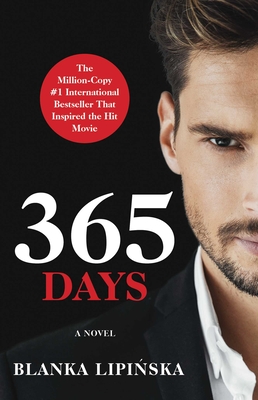 The sexy and deeply romantic internationally bestselling novel that inspired the blockbuster movie.

Laura Biel and her boyfriend are on a dream vacation in beautiful Sicily. On the second day of their trip, her twenty-ninth birthday, she is kidnapped. Her kidnapper is none other than the head of a powerful Sicilian crime family, the incredibly handsome, young Don Massimo Torricelli, who is determined to possess her at all costs. Massimo has his reasons. During an earlier attempt on his life, a vision appeared before his eyes: a beautiful woman, identical to Laura. After surviving the attack, he vows that he will find the woman in his vision and make her his own. No matter what.

For 365 days, Massimo will keep Laura captive in his palatial estate and attempt to win her heart. If she doesn’t fall in love with him during this time, he will let her go. But if she tries to escape at any point, he will track her down and kill her entire family.

Soon Laura develops a fascination with her handsome and powerful captor. But as a precarious, risky relationship forms between them, forces outside their control threaten to tear them apart...

Blanka Lipinska is a #1 international bestselling author. Her trilogy has been translated in almost thirty languages and sold in over a hundred countries worldwide with millions of copies in print. She’s an author out of desire rather than necessity and writes for fun instead of money. She loves tattoos, values truthfulness, and treasures altruism. Annoyed with the lack of openness about sex, she took it upon herself to start a discussion about the many sides of love. She likes to say that talking about sex is as easy as preparing dinner. Blanka was ranked as one of Poland’s highest paid writers in 2019 by Wprost magazine. In 2020, the same magazine listed her as one of Poland’s most influential women. The Polish National Library readership survey lists her in the top ten most popular authors in Poland and ForbesWomen magazine included her among the top female brands. Her bestselling novel 365 Days is the basis of one of 2020’s most successful Netflix movies worldwide. The film has spent ten days as #1, the second highest in the chart’s history. The Netflix movie for 365 Days: This Day also shot to #1 in almost ninety countries in the first week.