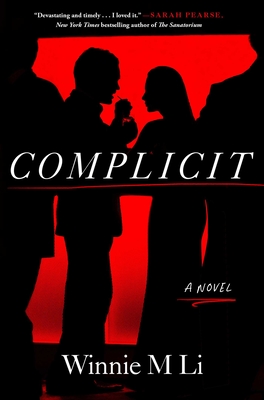 “Like the best filmmakers, Li draws you to the edge of your seat and keeps you there.” —The New York Times Book Review

After a long-buried, harrowing incident, a woman whose promising film career was derailed contemplates revenge in this thriller about power, privilege, and justice “that is compelling, courageous, and brutal in the best possible way” (Liz Nugent, author of Little Cruelties).

A Hollywood has-been, Sarah Lai’s dreams of success behind the camera have turned to ashes. Now a lecturer at an obscure college, this former producer wants nothing more than to forget those youthful ambitions and push aside any feelings of regret…or guilt.

But when a journalist reaches out to her to discuss her own experience working with the celebrated film producer Hugo North, Sarah can no longer keep silent. This is her last chance to tell her side of the story and maybe even exact belated vengeance.

As Sarah recounts the industry’s dark and sordid secrets, however, she begins to realize that she has a few sins of her own to confess. Now she must confront her choices and ask herself, just who was complicit?

Bold and hypnotic, Complicit transports us “into the film industry’s dark and deep-seated culture of rampant sexism and unbridled male ego…and the terrible cost of staying silent. An utterly compelling read” (Liv Constantine, author of The Last Mrs. Parrish).

Winnie M Li is an American author and activist living in the UK with her partner and young son. A Harvard graduate, Winnie worked as a film producer in London before her career was disrupted by a violent rape. Inspired by that experience, her first novel Dark Chapter was nominated for an Edgar Award and translated into ten languages. She is the founder of Clear Lines, the UK’s first-ever festival addressing sexual assault through the arts and discussion.