Mimi Lee Reads Between the Lines (A Sassy Cat Mystery #2) 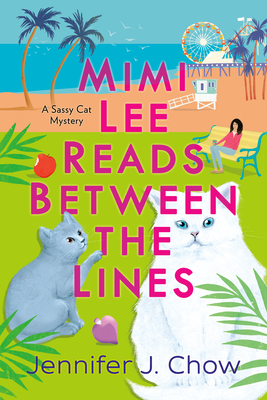 Mimi Lee Reads Between the Lines (A Sassy Cat Mystery #2)

When a local teacher is found dead, LA’s newest pet groomer Mimi Lee finds herself in a pawful predicament—with her younger sister’s livelihood on the line.

Mimi Lee is on top of the world. She has a thriving pet grooming business, the sweetest boyfriend, and a talking cat to boot. When she arrives at the elementary school where her sister Alice works, she's expecting a fun girls' night out—but instead finds a teacher slumped over in her car, dead.

Alice was the last one to see Helen Reed, which instantly marks her as the prime suspect. Unable to sit quietly and let the authorities walk all over her sister, Mimi starts snooping and talks to Helen’s closest contacts, including one jumpy principal, a two-faced fiancé, and three sketchy teachers. With the help of her sassy but savvy cat, Marshmallow, and a cute kitten named Nimbus, the clock’s ticking for Mimi to get to the bottom of yet another case before her sister gets schooled.