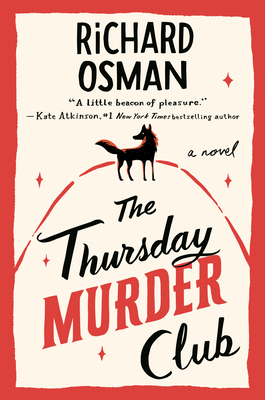 “Don’t trust anyone, including the four septuagenarian sleuths in Osman’s own laugh-out-loud whodunit.” —Parade

Four septuagenarians with a few tricks up their sleeves
A female cop with her first big case
A brutal murder
Welcome to...
THE THURSDAY MURDER CLUB

In a peaceful retirement village, four unlikely friends meet weekly in the Jigsaw Room to discuss unsolved crimes; together they call themselves the Thursday Murder Club.

When a local developer is found dead with a mysterious photograph left next to the body, the Thursday Murder Club suddenly find themselves in the middle of their first live case.

As the bodies begin to pile up, can our unorthodox but brilliant gang catch the killer, before it's too late?

Richard Osman is an author, producer, and television presenter. Both his first novel, The Thursday Murder Club, and his second, The Man Who Died Twice, were #1 million-copy international bestsellers as well as New York Times bestsellers. He lives in London with his partner, and Liesl the cat.