When it's Time for Dead Things to Die 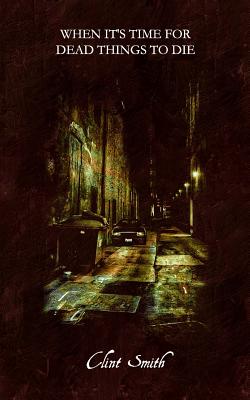 When it's Time for Dead Things to Die

Things are in decline...for Joseph Lowe, a rootless young man who falls for the wrong girl; for Gregory Bath, an aristocratic magnate who spares Lowe an almost certain death for his "transgression," imposing upon him a kind of parasitic servitude. Now working as a line cook at Bath's legendary Tudor Quoin, as well as catering to the growing needs of a man far older than he seems, Lowe desperately seeks release from a trap which has ensnared him for the past nine months. But who could possibly escape a family as powerful, as influential, or as far-reaching as the Baths? In the end, choices must be made, sides must be drawn, and for Lowe this means discovering an unlikely salvation between himself and his captor, as well as learning the true meaning of "family."Clint Smith is the author of 'Ghouljaw and Other Stories, ' a collection of fourteen dark tales which, as Publishers Weekly noted, "range from the poignant and unsettling to the viscerally horrific.