Through My Window (The Hidalgo Brothers #1) 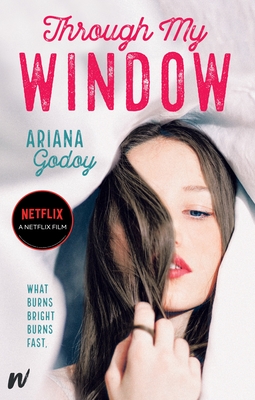 Through My Window (The Hidalgo Brothers #1)

NOW ON NETFLIX! Read the steamy romance that started the international sensation…

It used to be that I obsessed over Ares Hidalgo from afar.
But that was before he climbed
Through My Window

Raquel Álvarez is hardworking and serious about her future. She’s only got one goal—to become a psychologist. Well, that and to get Ares Hildago to notice her.

For as long as Raquel can remember, she has been obsessed with Ares. Even though he lives next door, Raquel has never spoken to him. Yet, she can’t help thinking there’s more to him than his rich, hot playboy image. . . and she can’t help imagining what it’d feel like to kiss him.

After a chance encounter reveals her crush is anything but unrequited, their steamy attraction grows into what can only be described as hands-down hot. They fall hard and fast for one another.

Raquel is all in with Ares. But Ares can’t, or won’t, commit. His life has been spelled out for him from the beginning. Once he’s done with school, he’ll join the family business. For now? Stay cool. Stay unconnected. And don’t fall in love.

What burns bright burns fast, but for Ares and Raquel, can it last?

For fans of After and The Impact of You comes an addictive story about a young woman who fantasized about her neighbor from afar only to find that he’s equally obsessed with her.

Ariana Godoy is the author of the bestselling novel A Través De Mi Ventana, which was adapted into a film by Netflix Spain. A Wattpad star, Ariana has over two million followers on the platform and her stories have accumulated over eight hundred million reads. She is also very active on social media and is a successful YouTuber. Ariana enjoys K-dramas, coffee, writing, and spending time with her dogs in her house in North Carolina..