Personality and Adjustment to The Hostel Environment 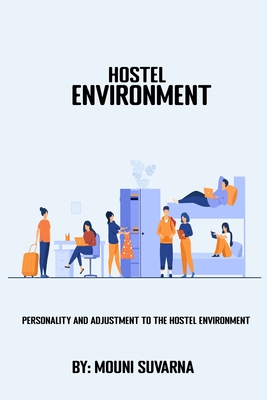 Personality and Adjustment to The Hostel Environment

History of the word adjustment: The word "adjustment" came in to popular use in psychology during the 1930's and was given strong endorsement by Lawrence Shaffer's classical book "The Psychology of adjustment" which was published in 1936. In his treatment of adjustment, Shaffer emphasized the biological adaptation of the organism to its environment as the central meaning of the term (Bell, 1962). The term adjustment is often used as a synonym for accommodation and adaptation. Strictly speaking, the term denotes the results of equilibrium, which may be affected by either of these processes (Monroe, 1990). It is to emphasize the individual's struggle to get along or survive in his or her social and physical environment. The concept of adjustment is as old as human race on earth. Adaptability to environmental hazards goes on increasing as the human beings proceed on the phylogenetic scale from the lower extreme to the higher extreme of Iif6. Insects and germs, in comparison to human beings, cannot withstand the hazards of changing conditions in the environment., Man, among the living beings, has the highest capacity to adapt to new situations. Man as a social animal not only adapts to physical demands but also adjusts to social pressures. Biologists used the term adaptation strictly for physical demands of the environment but psychologists use the term adjustment for varying,