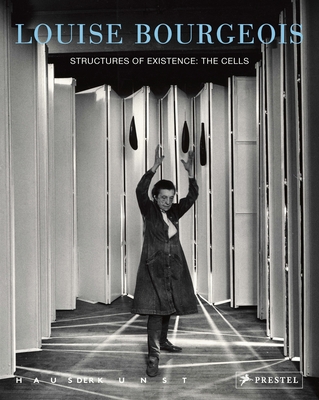 Now available in paperback, this book includes in-depth examinations of a selection of Louise Bourgeois’ "Cells" while also studying the innovative series in its entirety. Like the majority of Louise Bourgeois’s oeuvre, her "Cells" series is both enigmatic and personal. Preoccupy her attention for nearly 20 years, these complex and sophisticated works are daring and provocative. Many are small enclosures into which the viewer is prompted to peer at arrangements of various objects; others are small rooms into which the viewer is invited to enter. In her "Cells", Bourgeois uses sculptural forms, found objects, and personal items that were significant to her. Six "Cells" from the series are given close attention, revealing the enormous diversity of Bourgeois’s artistic engagement as well as recurring themes of physical and emotional pain, voyeurism, integration, and disintegration. A designated section displays the entire "Cells" series with extensive color reproductions including several details in chronological order. Together with an essay on the evolution of the "Cells" and an interview with the artist’s former assistant, Jerry Gorovoy, this volume offers a holistic appreciation of a crucial phase in Bourgeois’s highly influential career.

Julienne Lorz is Curator at the Haus der Kunst in Munich, Germany.