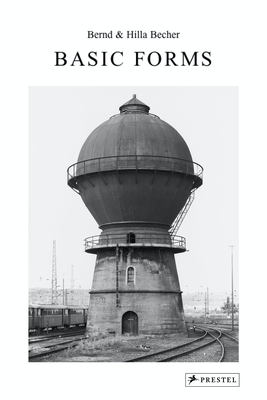 During their 40-year career, Bernd and Hilla Becher created their own architectural typology as they photographed buildings in a unique style. Basic Forms represents the culmination of their career. Although the subject matter is unglamorous--mine shafts, blast furnaces, cooling towers, water towers, silos, and gas tanks--the Bechers' passion for their work imbues these photographs with beauty and solemnity. The Bechers restricted the conditions of each photograph--taking them early in the morning, on overcast days, so as to eliminate shadow and distribute light evenly. Each image is centered and frontally framed, its parallel lines set on an even plane. There are no human figures, nor are there birds in the sky. The result is a treasury of precisely functional architectural forms, a sublime example of conceptual artistic practices, and a series of "perfect sculptures of a bygone industrial age."

BERNHARD "BERND" BECHER (1931-2007) and HILLA BECHER (1934-2015) were German conceptual artists and photographers working as a collaborative duo. They are best known for their extensive series of photographic images,
or typologies, of industrial buildings and structures. As founders of what has come to be known as the "Becher" or "Düsseldorf" School of Photography, they influenced generations of documentary photographers and artists.

THIERRY DE DUVE is a Belgian art historian, curator, and professor of modern and contemporary art theory. He is the author of numerous books. He has taught at many institutions including the Sorbonne in Paris, MIT, and John Hopkins University.