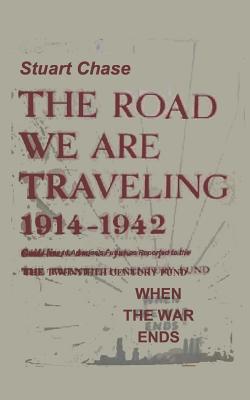 Stuart Chase (1888-1985) was an Economics graduate from MIT, and this was one of his many publications on the topic of socialism and Economics. The revival in interest in the book came after it was linked, by Glenn Beck, to a Barack Obama 2012 campaign video called "The Road We've Traveled." Beck made several links between Obama's presidential goals and the themes in Chase's book: strong centralized government, Control of banking, credit and security exchanges, Underwriting of food, housing and medical care by the government, and Use of deficit spending to finance under writings among others. Another interesting literary tie in about the author was that early in his career he took a job with the Food Administration of the FTC with his fellow MIT classmates Walter Lippman, John Reed and T.S. Eliot. One of the cases Chase investigated at this post was corruption of the meatpacking industry with none other than Upton Sinclair. In 1942, Stuart Chase, in this book "The Road We Are Traveling" spelled out the system of planning the Fabian Socialists had in mind.