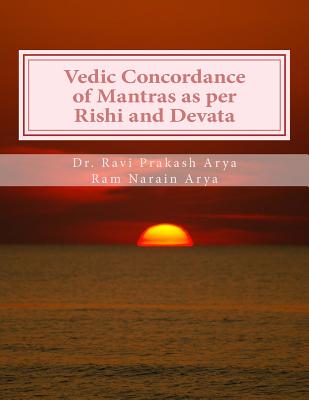 The Vedas cannot be comprehended well until and unless the Rishi (seer) and Devata (subject matter) is properly understood. In the Vedas, we find that a particular subject was visualized and encoded in the form of Mantras by more than one seer. Under the circumstances, it would be interesting to conduct a comparative and critical study of the nature and types of the various subject matters visualized by various seers from their various subjective angles. This comparative analysis would provide a clear-cut picture as to what extent the various seers have differed or agreed in their visualization of a particular phenomenon (subject matter). This study would also provide a great help in deducing the actual intention of the original seer while interpreting the Vedic texts. In addition, the comparative picture of the various seers and deities would also help solve the various riddles impregnating the actual names of the seers, their surnames and the deities visualized by them. To enable the readers and the researchers to carry out such comparative studies regarding the seers and their respective visualizations, 'Concordance of Vedic Mantras as per Rishi and Devata' has been prepared. This concordance is a ready reference to all the seers and who worked on various subjects along with the mantras revealed to them deity-wise as compiled in the four major SaShit's of the Vedas. This concordance has listed 796 seers and the Deities visualised by them. in the beginning of the origin of the human civilization on this globe.