Vedic Concordance of Mantras as Per Devata and Rishi 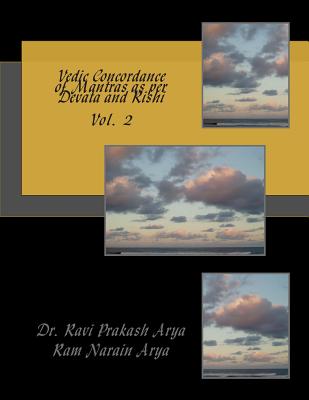 Vedic Concordance of Mantras as Per Devata and Rishi

'Concordance of Vedic Mantras as per Devata and Rishi' has been prepared to enable the readers and the researchers to carry out comparative studies regarding the seers and their respective visualizations. This concordance is a ready reference to all the deities, and the seers who worked on them along with the mantras revealed to them deity-wise as compiled in the four major SaShit's of the Vedas. This concordance has listed 951 Devatas underlying great laws of the spiritual, astronomical and physical nature visualized by various high spirited Rishis in the beginning of the origin of the human civilization on this globe. The various names of seers enlisted under a particular Devata head also reveal the extensive interest of various seers for the particular field of the research in the beginning of humanity on the Globe. The publication of this concordance also marks the beginning of the rational, scientific and factual translation of ancient-most scientific literature of the world.