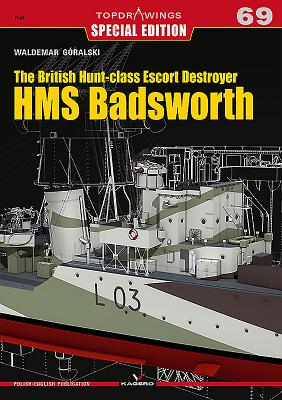 HMS Badsworth (L03) was one of eighty-six British Hunt-class escort destroyers. The class would eventually comprise four separate types built between 1939 and 1943. Design work on the class began in 1938. The Admiralty wanted to create warships optimized for convoy escort duties and patrolling. Since there was a huge demand for such vessels in the fleet, their cost was to be the deciding factor. A decision was made to design ships which would be smaller and slower than an average destroyer. In conjunction with their overall simple design this was to allow for rapid mass-scale production. The design was based on the Black Swan-class sloop, but the new destroyers were to be faster and better armed.