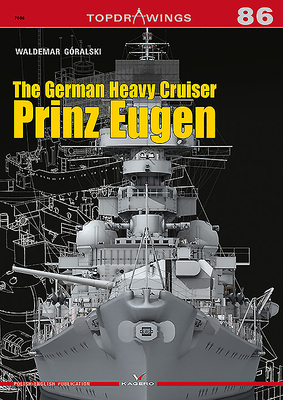 The German heavy cruiser PRINZ EUGEN was an enlarged version of the Admiral Hipper class ships. The keel was laid on 23 April 1936, she was launched on 22 August 1938, and commissioned on 1 August 1940. She took part in the first mission of the battleship BISMARCK, during which they sank the British battlecruiser HMS HOOD. Having split with BISMARCK, PRINZ EUGEN was supposed to commence hunting the Allied convoys, but due to engine failure she sailed back to France. Once repaired, she participated in Operation "Cerberus" - the passage of German ships from France to Germany through English Channel.