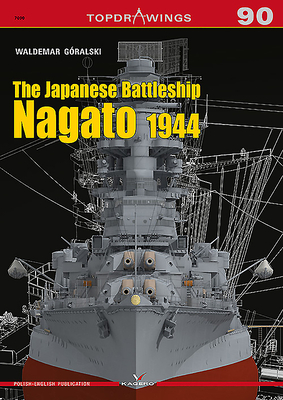 The battleship "Nagato" was the first dreadnought equipped with a main artillery with a caliber exceeding 400 mm. It was armed with eight 406 mm (16 in) guns. The keel of "Nagato" was laid in 1917 in the naval shipyard in Kure. The ship was launched in 1919 and incorporated into service on November 15, 1920. The sister unit was "Mutsu". Before the war, "Nagato" underwent many modifications and repairs increasing combat value of the ship. With the outbreak of World War II, "Nagato" became the flagship of Admiral Isoroku Yamamoto. The attack on Pearl Harbor was ordered from this battleship's deck.