The Meaning of History: Reflections on Spengler, Toynbee, and Kant 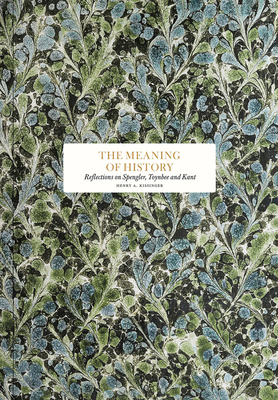 The Meaning of History: Reflections on Spengler, Toynbee, and Kant

Exploring the dialectic between historical determinism and the exercise of free will, from the Enlightenment to WWII, by the former Secretary of State

This volume presents Henry Kissinger's (born 1923) senior thesis from Harvard University, written in 1950 when he was 27 years old and published here in full for the first time over 70 years later. The text explores the thought of three distinct but important thinkers in the canon of Western philosophical and historical thought: Oswald Spengler, a German historian and philosopher; Arnold Toynbee, a British historian and philosopher; and Immanuel Kant, a Prussian of the European Enlightenment era and one of the most important philosophers to emerge from his time. At nearly 400 pages, it wrestles with some of the first-order dilemmas of Western political and moral thought, ranging in scope from the Enlightenment through to the midpoint of the 20th century--an era scourged by two world wars and the advent of the nuclear age.