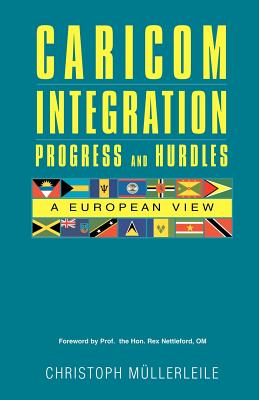 By  Christoph Mullerleile , Foreword by  Prof The Hon Rex Nettleford
$ 20.95
Out of Stock In Store

Caricom Integration - Progress and Hurdles: A European View Attempts at regional integration in the Caribbean have not met with spectacular success. More than mere sea seems to devide the English-speaking countries. The lack of success of integration is perhaps best typified by the defunct West Indies Federation (1958-62) and the largely dysfunctional but ongoing Caribbean Community (CARICOM). Meanwhile, integration in Western Europe has progressed much beyond the mere economic reality of the European Union. Regional economic integration has led to the creation of the North Atlantic Free Trade Agreement (NAFTA) and, spaning the Pacific, the Asian pacific Econimic Co-operation (APEC) movement. Why then, has even economic integration so far eluded the English -speaking Caribbean? This is the main question that Dr. Christoph Mullerleile's extremely well-researched book seeks to answer.