Drawing on the Inside: Kowloon Walled City 1985 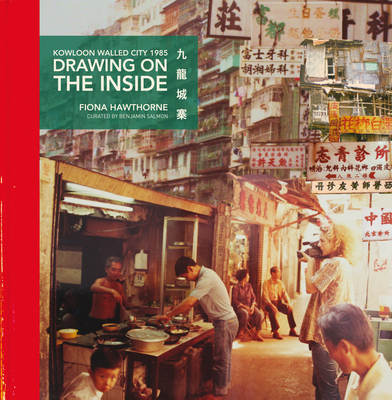 Drawing on the Inside: Kowloon Walled City 1985

Imagine an illegally built mini-city formed of multiple 12-storey blocks, taking up only the area of a sports stadium but home to 60,000 people. What was it like living in the most densely populated place on Earth? Intrepid 22-year-old artist Fiona Hawthorne spent three months inside the notorious Walled City of Kowloon, an apparent no-go area right in the heart of bustling Hong Kong. This book reveals the sensitive and extraordinary artworks she created there. It is a unique record of a time and place that no longer exists.

Fiona Hawthorne was born in Belfast but left aged six when her family moved to Hong Kong, where she was immediately inspired by the irresistible energy and bustle of the vibrant cityscape around her. She developed a passion for using strong colour and fluid economic line, and after finishing her degree at Chelsea School of Art, she illustrated for clients from Time Out to Tag Heuer to Tatler. Hawthorne's ability to paint and sketch in any location led to commissions to capture London's emerging jazz scene and action on film sets, then to a series of celebrated public art commissions. She was the first artist in residence to the Royal Philharmonic Orchestra and her portrait of Barack Obama hangs in the Library of Congress. In 2016 she was awarded the International Arts Advocacy Award by WIFTS (Women in Film and Television).