The Power of Student Agency: Looking Beyond Grit to Close the Opportunity Gap 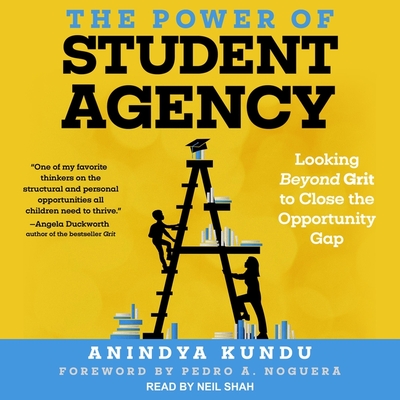 The Power of Student Agency: Looking Beyond Grit to Close the Opportunity Gap

How can we promote the learning and well-being of all students, especially those who come from some of the most disadvantaged backgrounds? Anindya Kundu argues that we can fight against deeply rooted inequalities in the American educational system by harnessing student agency--each person's unique capacity for positive change. To make his case, Kundu draws powerful narratives from a population of individuals who beat the odds to become academically and professionally successful. These strivers have overcome challenges such as broken families, homelessness, unexpected pregnancies, forms of abuse, incarceration, and more, to make it in the world. But it wasn't simply individualism, tenacity, resilience, or grit that helped them. Rather, as Kundu illustrates, it was a combination of social and cultural supports that paved the path towards their dreams, harnessing the inherent power of their agency.