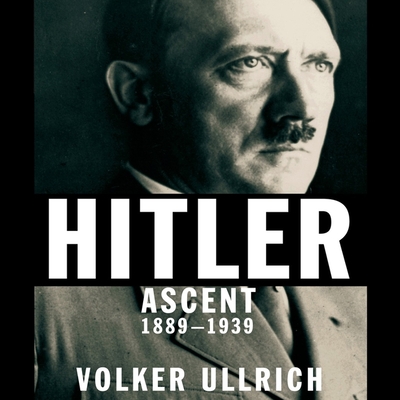 A major new biography--an extraordinary, penetrating study of the man who has become the personification of evil. For all the literature about Adolf Hitler there have been just four seminal biographies; this is the fifth, a landmark work that sheds important new light on Hitler himself. Drawing on previously unseen papers and a wealth of recent scholarly research, Volker Ullrich reveals the man behind the public persona, from Hitler's childhood to his failures as a young man in Vienna to his experiences during the First World War to his rise as a far-right party leader. Ullrich deftly captures Hitler's intelligence, instinctive grasp of politics, and gift for oratory as well as his megalomania, deep insecurity, and repulsive worldview. Many previous biographies have focused on the larger social conditions that explain the rise of the Third Reich. Ullrich gives us a comprehensive portrait of a postwar Germany humiliated by defeat, wracked by political crisis, and starved by an economic depression, but his real gift is to show vividly how Hitler used his ruthlessness and political talent to shape the Nazi party and lead it to power. For decades the world has tried to grasp how Hitler was possible. By focusing on the man at the center of it all, on how he experienced his world, formed his political beliefs, and wielded power, this riveting biography brings us closer than ever to the answer. Translated from the German by Jefferson Chase.