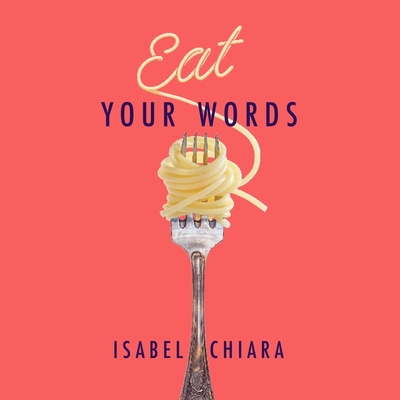 Giana Giovanni wants you to know you're not alone. If you've ever found your heart racing, fingers fumbling to rip open a bag of something crispy, salty, sticky, or sweet; if you've ended one reckless night swearing off a corner store the way some attempt to swear off a bad romance, Giana wants you to know, she's been there, too.

Eat Your Words outlines the history of a first-generation American Italian girl whose early curvaceous entry into womanhood and hearty appetite make for a complex-carb tale about the depth of our relationship with self-nourishment. Often self-derogatory, and certainly comedic, readers can fall in love with Giana as they relate to her often awkward and outlandish process, simply trying to find herself in the land of milk and honey. Nearing her 6th decade, join Giana as she realizes it is never too late to gain a sense of self-compassion and confront issues of body-image, or attempt to modify outworn behaviors.

Particularly relevant for those involved in the healing arts, Giana's story will inform as it entertains, leaving the fortified reader one step closer to herself by its end.

Publisher: Made for Success