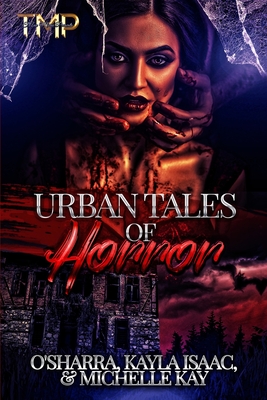 When the lights go out, goons, goblins, & blood suckers come out to play. Humans turn creature, teeth become fangs, and blood craving is at an all time high. Well, at least in this chilling anthology. Take a ride with a few ladies from T'Ann Marie Presents as they introduce you to some characters you will never forget. Vampires, beast, zombies and creeps. You just may see them when you sleep *** BEAST IN MY SHEETS***Kansas City Chiefs football player Adam Price, is a Beast in more ways than one. Though he's not traditionally handsome, he makes up for it with his extremely athletic physique and skills on the football field. Currently juggling two women in his love life, he doesn't feel any remorse. Well, until it's too late. Belle is a gorgeous medical professional who has a guarded life, and isn't quick to let people in. However, she takes a chance. Meeting Beast, she is repulsed by his looks, yet something about him makes her yearn for his touch. But what happens when he turns out to be nothing she expected? Beast In My Sheets, is a tale as old as time with a deadly twist. Prepare for a scare that will tug at your heart strings. You may even find yourself asking, who could ever love a Beast?***SUCKER FOR LOVE****The youngest of the tribe, Iris Smith is the only one of her mother's offsprings that was born half vampire and half human. Yet, she sees her special DNA as a curse. Co-existing in one of the most haunted cities in Thibodoux, LA, her mother wanted to raise her the normal way, living amongst the humans. Which is why she's given Iris one rule; never tell a soul that she's come from a line of blood thirsty vampires. Forced to work alongside Romeo Reigns, a classmate she's been secretly in love with, another body is pulled from Suicide Lake. All fingers point to Iris Family, sending the villagers of Thibodoux into a panic. Will Iris keep her family of vampires a secret or will she open up to Romeo and be a Sucker For Love?***WHEN THE LIGHTS GO OUT***As if the world wasn't already messed up with COVID and struggling citizens, things take a turn for the worst when the annual cleansing is approaching. With people going missing and bodies piling in the streets of New York and spreading to surrounding areas, the world is going into complete chaos. Justice is part of the lower class and is struggling to make ends meet, all while trying to take care of her grandmother. But when she stumbles upon information that's not for the eyes of the innocent, Justice is brought to a realization that the government has even more tricks up their sleeves than anyone thought. During The Cleansing, the most dangerous four days in the United States, Justice is taken on a ride for her life; fighting flesh eating zombies, a corrupt government, and citizens who are out to receive the bounty that has been put on her head. In this heart racing story, you will find out just how deep the government's bloodlines run When The Lights Go Out.