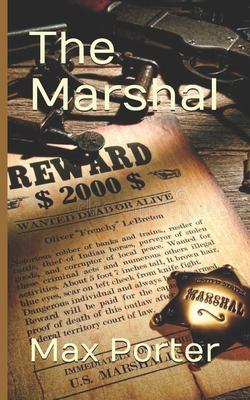 This is the story of Austin, a cowboy who has been a marshal in several small towns. He has become a name to those who live by the gun. Because of the reputation he has made, he is asked to become a United States Marshal. He is sent to clean up towns where his kind of law is needed to bring back order. He is free to clean them up by the method of his choice. Sometimes his method is gentle. Sometimes it is harsh. But no matter which method he chooses, he always restores law and order to the town.I don't know why I became involved in this mess. I discovered a body along the trail just outside of Rogers Arkansas. I brought him into town and they are trying to prove I murdered him. It started simple enough. I was in Doniphan Missouri with a small horse ranch. I got a letter from my daughter in Arizona telling me she was having trouble and asking for my help. I was on my way to Fayetteville, which is the closest railroad to get me to Arizona. I was five miles out of Rogers when I saw a horse saddled and bridled eating grass beside the trail. I caught him and searched for his owner. I found a man shot in the back and dead. I put him across the saddle of his horse and brought him into town. That turned out to be a mistake I will never make again.