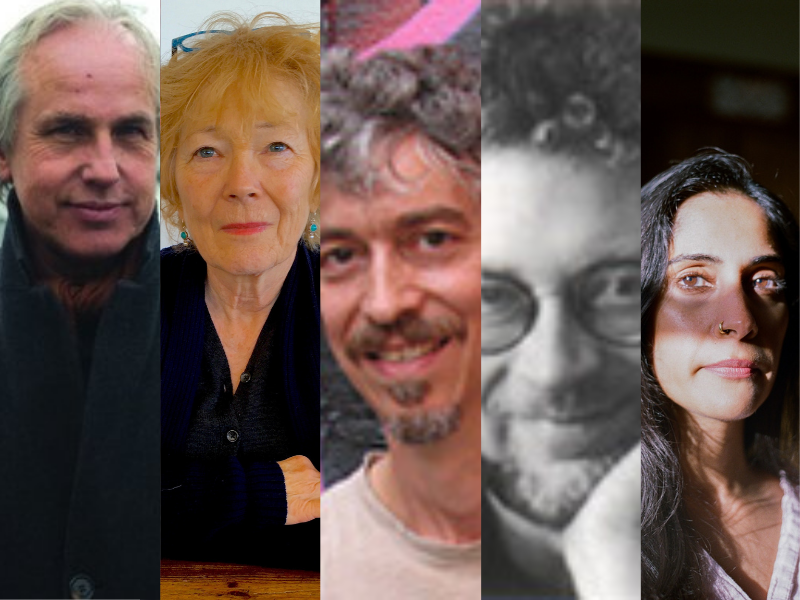 Celebrating 50 years of AGNI magazine with a series of virtual events, co-sponsored by AGNI and Brookline Booksmith.

For this final event of the series, join us for a conversation with founder Askold Melnyczuk, former Editor Sharon Dunn, Coeditor Sven Birkerts, and Coeditor William Pierce with Associate Editor Shuchi Saraswat.

One of New England’s treasures, the literary magazine AGNI has reached fifty years old, rare among innovative, risk-taking publishers. AGNI’s mission has always been straightforward: To bring its readers into the living moment, not as tourists but as engaged participants. And—as means and method—to champion writers who engage the world in and around them. Though the magazine has seen seven of its contributors go on to win the Nobel Prize in Literature, it is especially “known for publishing important new writers early in their careers” (PEN American Center). Housed less than two miles from Brookline Booksmith, at Boston University, AGNI publishes two 250-page issues a year in print and maintains a vibrant online journal of poetry, fiction, essays, reviews, blog posts, interviews, and more, with support from the National Endowment for the Arts and the Mass Cultural Council.

Throughout 2022, AGNI and Brookline Booksmith are celebrating AGNI’s 50th with a series of six intimate virtual conversations, all on Mondays at 8 PM ET. Each will pair one of the journal’s editors with a contributor whose work defines, for them, the ever-evolving AGNI aesthetic. Coeditor Sven Birkerts will launch it off on April 25th with National Book Award finalist Joan Wickersham, whose genre-switching books foreground exploration and language. On May 23rd, poetry editor Jessica Q. Stark sits with poet Shangyang Fang, whose unflinching lines fuse history, imagination, and indictment. On June 20th, editor-at-large Julia Brown engages story-writer Sara Majka, a stylist with a penchant for moving nonchalantly into bouts of surprise. On July 25th, poetry editor Jennifer Kwon Dobbs will meet with Kimiko Hahn, whose poetry triangulates toward social justice with a keen focus on the multiple implications of our words. Skipping August, we continue on September 19th with a discussion between fiction editor Mary O’Donoghue and novelist Maurice Carlos Ruffin, whose fiction shocks realities into fabulisms. And finally, on October 17th, the chief editors of AGNI from its founding in 1972 to the present will hold a roundtable on the history of the magazine and lit mags’ place in the wider literary ecology: founder Askold Melnyczuk, former editor Sharon Dunn, and coeditors Sven Birkerts and William Pierce, moderated by assistant editor Shuchi Saraswat.