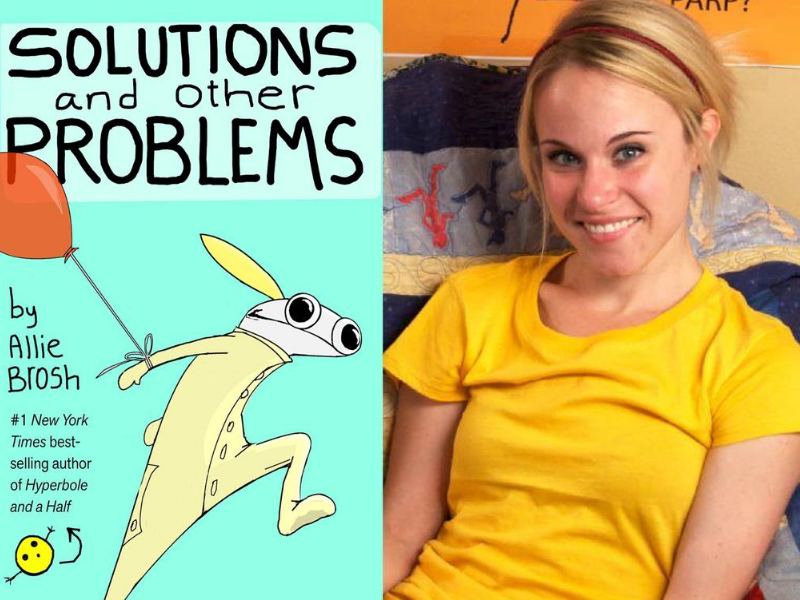 For the first time in seven years, Allie Brosh—beloved author and artist of the extraordinary #1 New York Times bestseller Hyperbole and a Half—returns with a new collection of comedic, autobiographical, and illustrated essays.

Solutions and Other Problems includes humorous stories from Allie Brosh’s childhood; the adventures of her very bad animals; merciless dissection of her own character flaws; incisive essays on grief, loneliness, and powerlessness; as well as reflections on the absurdity of modern life.

This full-color, beautifully illustrated edition features all-new material with more than 1,600 pieces of art. Solutions and Other Problems marks the return of a beloved American humorist who has “the observational skills of a scientist, the creativity of an artist, and the wit of a comedian” (Bill Gates).

Allie Brosh is the author of the #1 New York Times bestseller Hyperbole and a Half, which was named the Goodreads Choice Award Winner for Best Humor Book of the Year. Brosh has also given herself many prestigious awards, including “fanciest horse drawing” and “most likely to succeed.” HyperboleandaHalf.blogspot.com.

For over thirty years, Marc Maron has been writing and performing comedy for print, stage, radio, online and television. His landmark podcast, WTF with Marc Maron, has become a worldwide phenomenon: averaging six million downloads each month, with over 500 million lifetime downloads. Maron currently stars in the hit Netflix original series GLOW, and his critically acclaimed half-hour scripted television series, Maron, aired for four seasons on IFC. Marc will star in the forthcoming films RESPECT and Stardust. He has released several comedy specials on Netflix.