Amy Dockser Marcus with Deborah Blum: We the Scientists

Amy Dockser Marcus with Deborah Blum: We the Scientists 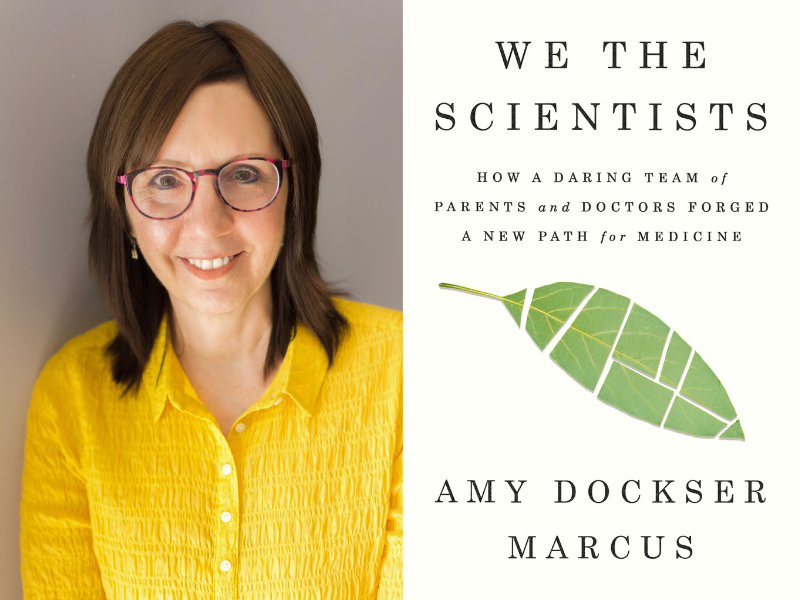 In person at Brookline Booksmith! Celebrate the release of We the Scientists with author Amy Dockser Marcus, in conversation with Deborah Blum.

We the Scientists: How a Daring Team of Parents and Doctors Forged a New Path for Medicine

A Pulitzer Prize–winning reporter’s moving narrative of a group of patient advocates who are revolutionizing the way medical research is conducted.

For more than half a century, medical advances have been driven by investigators launching experiments inside labs. Science is often conducted in isolation and geared toward the long view. This is the story of a group of people who tried to force the lab doors open: parents whose children had been diagnosed with a rare and fatal genetic condition known as Niemann-Pick disease type C. The disease prevents cells from processing cholesterol, which leads to the progressive loss of the brain’s and the body’s ability to function. Recognizing that there would never be a treatment in time to save their children if things stayed the same, the parents set up a collaboration with researchers and doctors in search of a cure.

Reconciling different views of science took work. The parents, doctors, and researchers didn't always agree—among themselves or with each other. But together they endeavored to accelerate the development of new drugs. The parents became citizen scientists, identifying promising new treatments and helping devise experiments. They recorded data about the children and co-authored scientific papers sharing findings. They engaged directly with the FDA at each step of the drug approval process. Along the way, they advanced the radical idea that science must belong to us all.

Amy Dockser Marcus shows what happens when a community joins forces with doctors and researchers to try to save children’s lives. Their extraordinary social experiment reveals new pathways for treating disease and conducting research. Science may be forever changed.

Amy Dockser Marcus is a staff reporter for The Wall Street Journal. She won a Pulitzer Prize for Beat Reporting in 2005 for her a series of stories about cancer survivors and the social, economic, and health challenges they faced living with the disease. Dockser Marcus is the author of The View from Nebo: How Archaeology Is Rewriting the Bible and Reshaping the Middle East and Jerusalem 1913: The Origins of the Arab-Israeli Conflict. She has a master of bioethics degree from Harvard Medical School and lives in Boston.

Moderator Deborah Blum, director of the Knight Science Journalism program at MIT and the publisher of Undark magazine, is a Pulitzer-Prize winning science journalist, columnist and author of six books, most recently, The Poison Squad, a 2018 New York Times Notable Book.