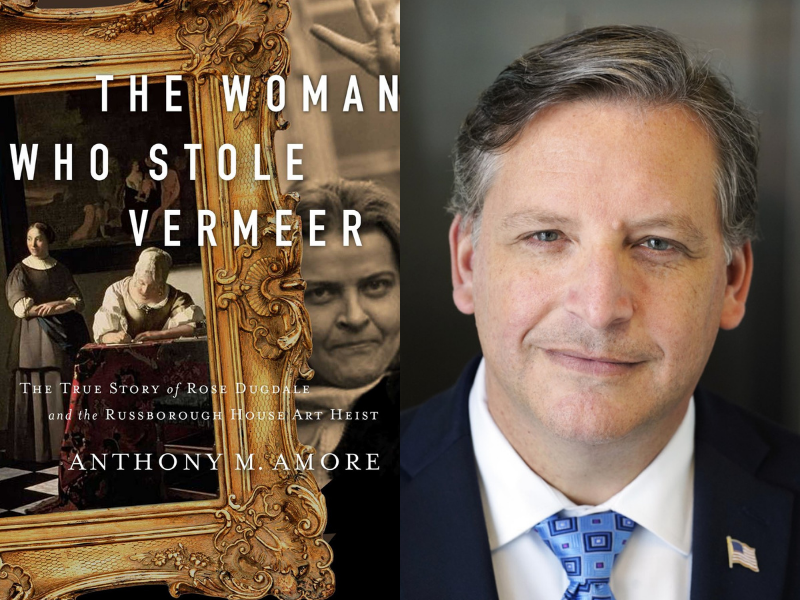 The Woman Who Stole Vermeer: The True Story of Rose Dugdale and the Russborough House Art Heist

In the world of crime, there exists an unusual commonality between those who steal art and those who repeatedly kill: they are almost exclusively male. But, as with all things, there is always an outlier. In the history of major art heists, that outlier is Rose Dugdale.

Born into extreme wealth, Dugdale abandoned her life as an Oxford-trained PhD and heiress to join the cause of Irish Republicanism. Dugdale ran head-first towards the action, spearheading the first aerial terrorist attack in British history and pulling off the biggest art theft of her time. In 1974, she led a gang into the opulent Russborough House in Ireland and made off with millions in prized paintings, including works by Goya, Gainsborough, and Rubens, as well as Lady Writing a Letter with her Maid by the mysterious master Johannes Vermeer. Dugdale thus became—to this day—the only woman to pull off a major art heist. And as Anthony Amore explores in The Woman Who Stole Vermeer, it’s likely that this was not her only such heist.

Anthony Amore is Director of Security and Chief Investigator at the Isabella Stewart Gardner Museum, where he is charged with the ongoing efforts to recover thirteen works of art stolen from the museum on March 18, 1990. Additionally, he is the co-author of Stealing Rembrandts (a Wall Street Journal bestseller) and author of The Art of the Con (a New York Times bestseller) and provides analysis on issues related to security and terrorism for the BBC, NBC News, NPR, CNN, FOX, and others. He lives in Boston, MA. Learn more at www.anthonyamore.com.