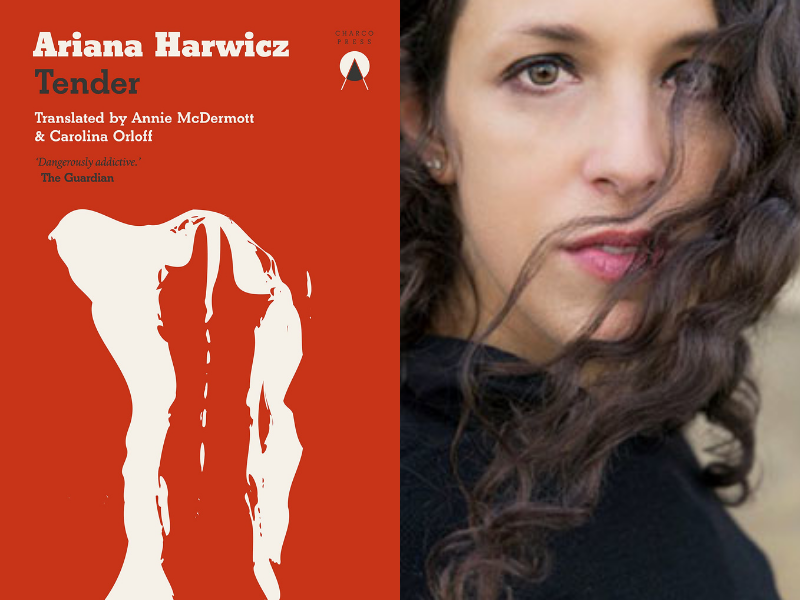 Join the Transnational Literature Series for a virtual event with author Ariana Harwicz and translator Annie McDermott to discuss and celebrate the release of Tender, the last book in the "Involuntary Trilogy." They will be in conversation with writer Maryse Meijer.

The third and final installment of Ariana Harwicz's Involuntary Trilogy—following Die, My Love and Feebleminded—finds us on familiar, disquieting ground. Under the spell of a mother’s madness, the French countryside transforms into a dreamscape of interconnected imagery: animals, desire, the functions of the body. Most troublingly: the comfort of a teenage son. Scorning the bourgeois mores and conventionality of their small town, she withdraws him from school and the two embark on ever more antisocial and dangerous behavior.

Harwicz is at her best here, building an interior world so robust, and so grotesque, that it eclipses our shared reality. Savage, and savagely funny, she leaves us singed, if not scorched.

Ariana Harwicz is one of the most radical figures in contemporary Argentinian literature. Compared to Nathalie Sarraute, Virginia Woolf, and Sylvia Plath, her prose is characterized by its violence, eroticism, irony and direct criticism to the clichés surrounding the notions of the family and conventional relationships. Born in Buenos Aires in 1977, Harwicz studied screenwriting and drama in Argentina and earned a first degree in Performing Arts from the University of Paris VII as well as a Master’s degree in comparative literature from the Sorbonne. She has taught screenwriting and written two plays, which have been staged in Buenos Aires. She directed the documentary El día del Ceviche (Ceviche’s Day), which has been shown at festivals in Argentina, Brazil, Cuba and Venezuela. Her first novel, Die, My Love received rave reviews and was named best novel of 2012 by the Argentinian daily La Nación. It is currently being adapted for theatre. She is considered to be at the forefront of the so-called new Argentinian fiction, together with other female writers such as Selva Almada, Samanta Schweblin, and Mariana Enríquez.

Annie McDermott is a literary translator working from Spanish and Portuguese into English. Her translations include Feebleminded and Tender by Ariana Harwicz (co-translations with Carolina Orloff), Brickmakers and Dead Girls by Selva Almada, and The Luminous Novel and Empty Words by Mario Levrero. Her work has been shortlisted for the Premio Valle-Inclán and the TA First Translation Prize.

Maryse Meijer is the author of The Seventh Mansion, Rag, Heartbreaker, and Northwood. She lives in Chicago.