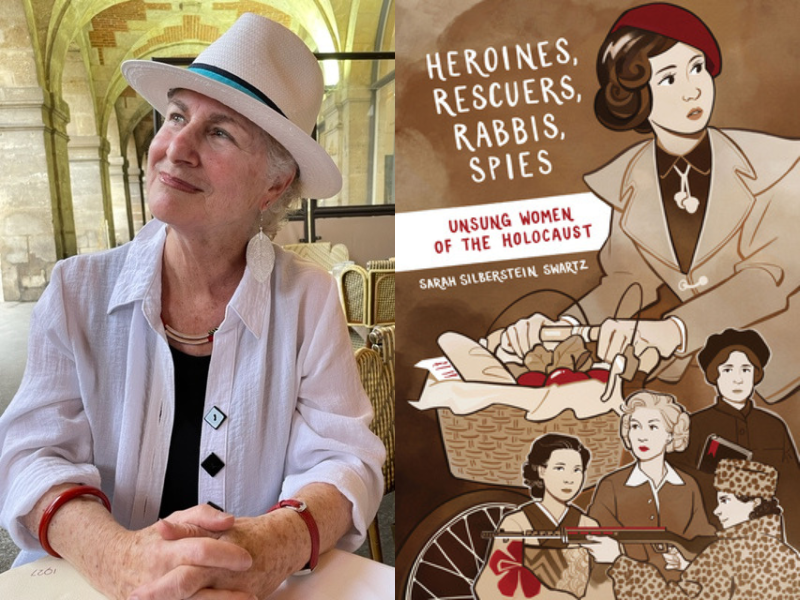 We are proud to be the official bookseller for this Boston Public Library, Jamaica Plain author talk.

Discover nine ordinary women who took extraordinary measures to save lives during the Holocaust — resisting tyranny and terror while undercover or in hiding, in ghettos and concentration camps, in forests and in exile. With compassion and admiration, author Sarah Swartz tells true stories of women who stood up for themselves and others in dangerous times. Overlooked by history, they leapt from fear to action with a bravery that deserves recognition.

"These personal stories are illuminating and powerful, offering ways for readers to connect with and understand
the past. Swartz writes from a feminist perspective, questioning why these heroic figures went unsung and
frequently even unmentioned while male heroes received praise and recognition... Phenomenally done and more
necessary than ever." -Starred Review, Kirkus

Sarah Silberstein Swartz is a writer, translator, and award-winning book editor specializing in Jewish Women’s Studies and Holocaust History, as well as Jewish literature for young adults, general readers, and scholars. Her work has been published internationally in Canada, the United States, Germany, and Poland. A dual citizen of the United States and Canada, Sarah was born in post-war Berlin, Germany, to Jewish-Polish Holocaust survivors, immigrated to the US as a child, and lived in Toronto as an adult for over thirty years where she brought up her two daughters. She now resides in Jamaica Plain, where she lives with her wife and cat, close to her beloved three grandsons. She is currently a Research Associate at the Hadassah-Brandeis Institute at Brandeis University, where she first gave a talk about “Unsung Heroines of the Holocaust.”