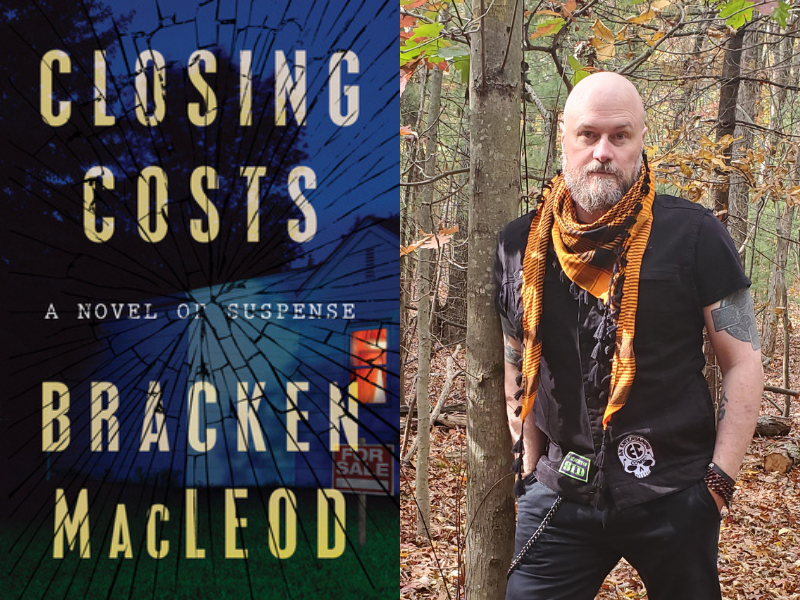 Celebrate the release of Closing Costs with author Bracken MacLeod, in conversation with author Edwin Hill!

Books purchased on the registration page will be signed and personalized.

Nelle and Evan Pereira were thrilled to close on their “forever home,” a spacious paradise nestled against a state forest in Massachusetts. Three months later, on a brisk Saturday morning, their peace is destroyed when an intruder captures Nelle home by herself. Quickly overpowered by the aggressive stranger, she’s forced down to the cold, musty basement where he ties her to a chair. The intruder has a singular, if unusual, demand: he wants her to make a phone call. One that Nelle isn’t confident she can make, even though her life depends on it.

Desperate to see herself and her husband to safety, Nelle doesn’t yet realize this was no chance encounter—it was a carefully planned attack. With no one to hear them scream, their secluded home feels horrifyingly isolated. And before this long day is through, Nelle and Evan, who share a dangerous secret, will bring a violent reckoning down upon all of them.

Bracken MacLeod is the Bram Stoker and Shirley Jackson Award nominated author of the novels Mountain Home, Come to Dust, and Stranded and two collections of short fiction, 13 Views of the Suicide Woods and White Knight and Other Pawns. He has worked as a trial attorney, philosophy instructor, and martial arts teacher. He lives in New England with his wife and son.

Edwin Hill’s critically-acclaimed crime novels include Watch Her, The Missing Ones, and Little Comfort. He has been nominated for Edgar and Agatha Awards, featured in Us Magazine, received starred reviews in Publishers Weekly, Booklist, and Library Journal, and was recognized as one of “Six Crime Writers to Watch” in Mystery Scene magazine. His newest novel, The Secrets We Share, will be available in April, 2022.