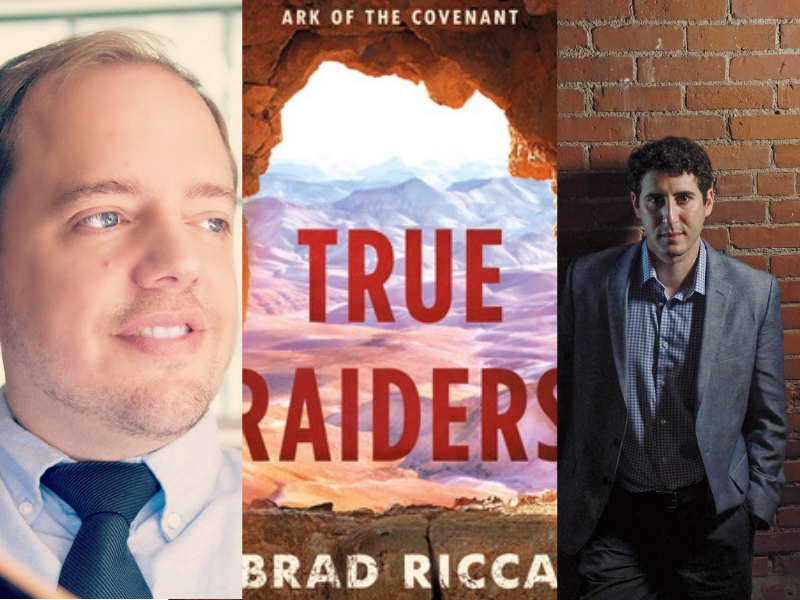 Celebrate the release of True Raiders with author Brad Ricca, in conversation with Daniel Barbarisi!

This book tells the untold true story of Monty Parker, a British rogue nobleman who, after being dared to do so by Ava Astor, the so-called “most beautiful woman in the world,” headed a secret 1909 expedition to find the fabled Ark of the Covenant. Like a real-life version of Raiders of the Lost Ark, this incredible story of adventure and mystery has almost been completely forgotten today.

In 1908, Monty is approached by a strange Finnish scholar named Valter Juvelius who claims to have discovered a secret code in the Bible that reveals the location of the Ark. Monty assembles a ragtag group of blueblood adventurers, a renowned psychic, and a Franciscan father, to engage in a secret excavation just outside the city walls of Jerusalem.

Using recently uncovered records from the original expedition and several newly translated sources, True Raiders is the first retelling of this group’s adventures—in the space between fact and faith, science and romance.

Brad Ricca is the author of the Edgar Award-nominated Mrs. Sherlock Holmes, Olive the Lionheart, and Super Boys, winner of the Ohioana Book Award for Nonfiction. He won the St. Lawrence Book Award for American Mastodon. Ricca lives and works in Cleveland.

Moderator Daniel Barbarisi is the author of Dueling with Kings. He is currently a Senior Editor at The Athletic, after years as a reporter at The Wall Street Journal and The Providence Journal. He resides with his wife and two sons outside Boston, Massachusetts.