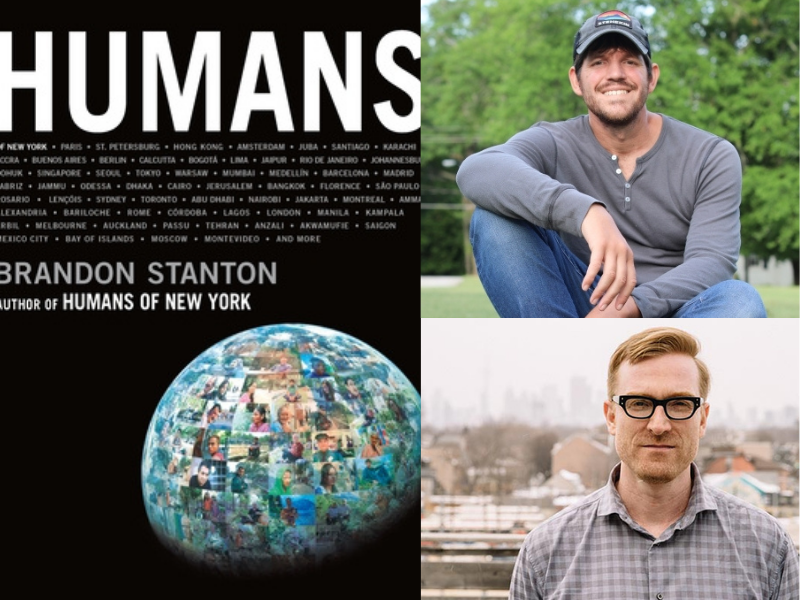 Brandon Stanton created Humans of New York in 2010. What began as a photographic census of life in New York City soon evolved into a storytelling phenomenon. A global audience of millions began following HONY daily. Over the next several years, Stanton broadened his lens to include people from across the world.

Traveling to more than forty countries, he conducted interviews across continents, borders, and language barriers. Humans is the definitive catalog of these travels. The faces and locations will vary from page to page, but the stories will be deeply familiar: a portrait of our shared experience.

Brandon Stanton is the creator of the #1 New York Times bestselling books Humans of New York and Humans of New York: Stories as well as the children's book Little Humans. His photography and storytelling blog, also called Humans of New York, is followed by a global audience of over thirty million people across several social media platforms. In addition to sharing thousands of stories from around the world, the blog has raised over $12 million for featured individuals and nonprofits. Stanton is a graduate of the University of Georgia and lives in New York City.

Ryan North is the New York Times-bestselling author of Romeo and/or Juliet, How to Invent Everything and To Be or Not To Be. He’s the creator of Dinosaur Comics and the Eisner Award-winning writer of Adventure Time, Jughead, and The Unbeatable Squirrel Girl for Marvel Comics, and he has a master’s in computational linguistics from the University of Toronto. Ryan lives in Toronto with his wife, Jenn, and their dog, Noam Chompsky.