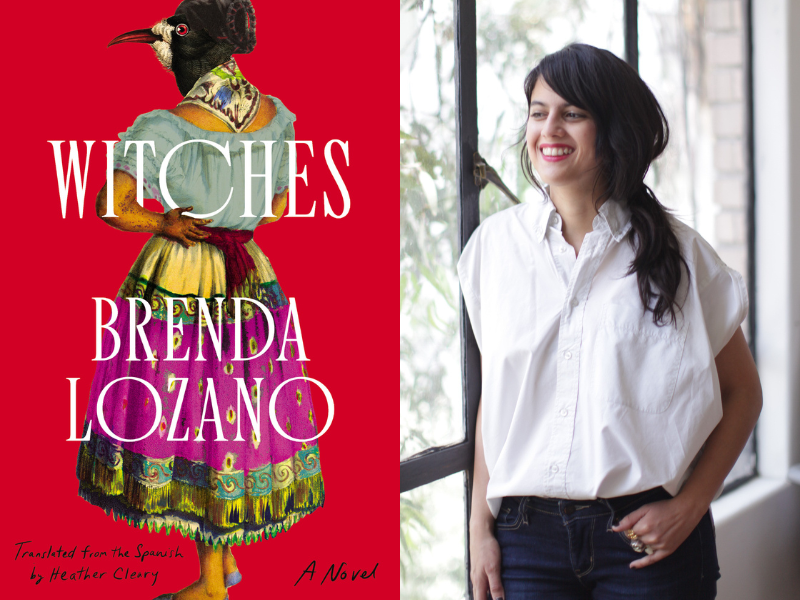 Join the Transnational Literature Series at Brookline Booksmith, Community Bookstore, and Third Place Books for a virtual event with author Brenda Lozano and translator Heather Cleary to discuss and celebrate the release of Witches. They will be in conversation with writer Catherine Lacey.

Sent to report on Paloma’s murder, Zoe meets Feliciana in the mountain village of San Felipe. There, the two women’s lives twist around each other in a danse macabre. Feliciana tells Zoe the story of her struggle to become an accepted healer in her community, and Zoe begins to understand the hidden history of her own experience as a woman, finding her way in a hostile environment shaped by and for men.

Weaving together two parallel narratives that mirror and refract one another, this extraordinary novel envisions the healer as storyteller and the writer as healer, and offers a generous and nuanced understanding of a world that can be at turns violent and exultant, cruel and full of hope.

Brenda Lozano is a fiction writer, essayist, and editor. Her books include: Todo nada (All or Nothing, 2009), followed by Cuaderno ideal (Loop, 2019), and a book of short stories Cómo piensan las piedras(How Stones Think, 2017). In 2015 she was selected by Conaculta, the Hay Festival and the British Council as one of Mexico's best fiction writers under 40. In 2017 she was added to the Bogota 39 list, a selection of the best fiction writers under 40 from across Latin America. Witches is her most recent novel.

Heather Cleary has translated poetry and prose by writers including Betina González, Mario Bellatin, Sergio Chejfec, and María Ospina; her work has been recognized by the National Book Foundation, the Best Translated Book Award, the National Translation Award, and others.

Moderator Catherine Lacey is the author of four books, most recently Pew.

About Our Bookstore Partners